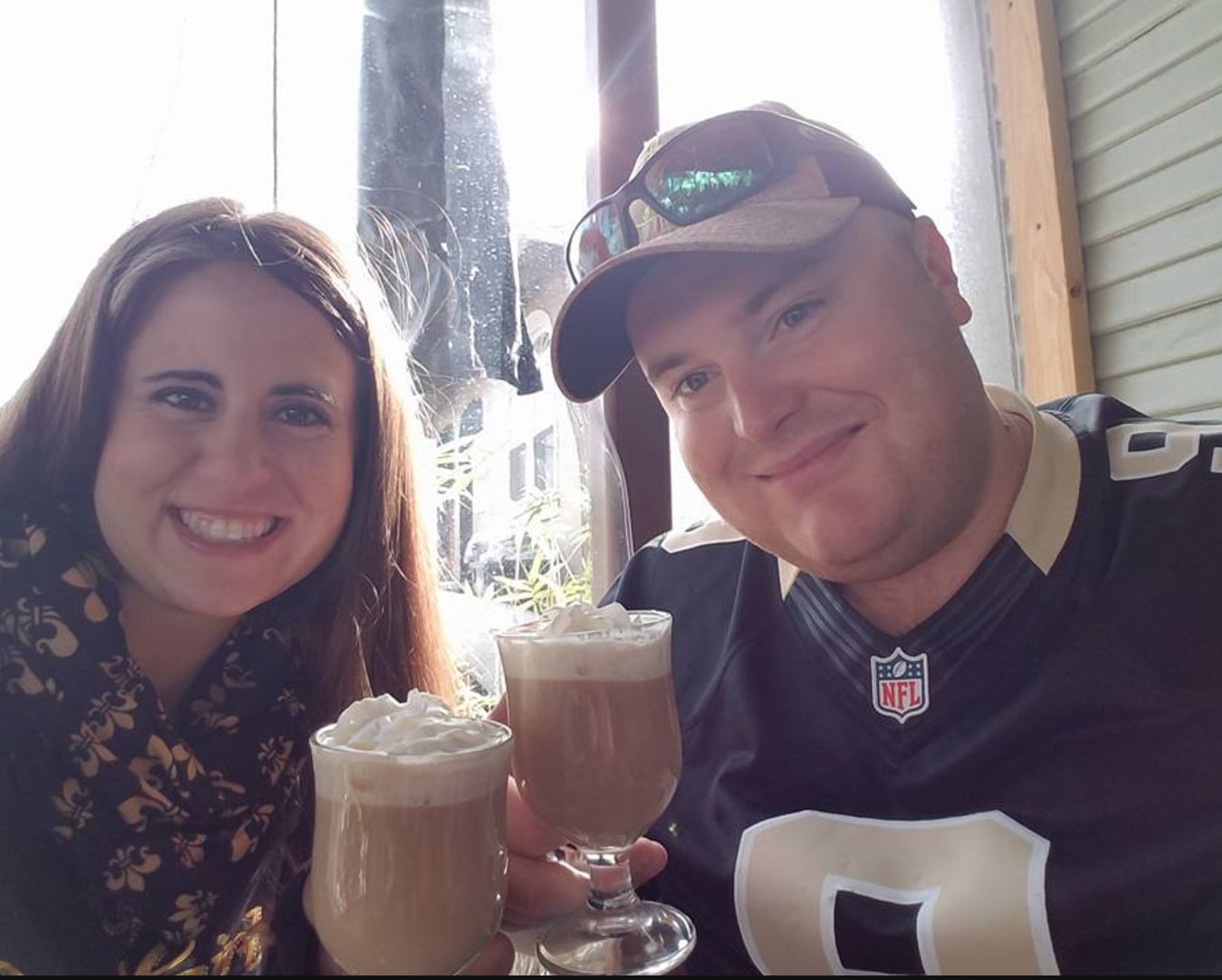 The First Date - A Comic Series of Errors

Matt Bordelon had high expectations for the couple’s first date. Kimberly didn’t. This was a good thing, as very, very little went to plan….

“Before I met Kimberly I was living in New Orleans. A normal week consisted of going out with the guys, fishing, following Saints football, and going to work. You know what it doesn't sound all that bad... I just didn’t know it was going to get better.” says Matt.

When Matt met Kimberly she did not seem that into him. “She wasn’t like the girls I’d previously dated. So I thought challenge accepted,” says Matt about Kimberly. Matt put a lot of thought into what to do for their first date. He was taking her out in her hometown and he was ready to impress.

He decided on bowling as it seemed low pressure, and would let his fun personality shine. “It helped that it was a public place too, I didn’t want her to worry about meeting someone new, somewhere that was too private.” He figured they’d play a game or two and grab some dinner there. He was wrong.

“Before we met my weekends were pretty quiet except when the young adult group at church had something going on. A normal week for me was going to work, bible study, teaching CCD and hitting up my boot camp workout class,” shared Kimberly.

Kimberly wasn’t eager to date. She knew it was worth putting in the effort for the right guy, she just wished he’d show up. She’d enjoyed talking with Matt so far, and was excited to learn what he’d planned. After all, he mentioned he’d spent hours researching what to do! But this particular evening she was exhausted from a long week, and it had been raining all day. She wasn’t sure she wanted to go out, but she was sure she wanted to meet Matt.

She checked her phone for plans and saw his invitation was to go bowling. She took a deep breath and headed out into a soggy Louisiana evening. Don Carters on Airline may not have been her first choice of venue, but when she walked through the doors she at least expected to find a nice young man and an open lane or two. She only found one of those things. It was league night and every lane was full.

Kimberly admits that her first thought was, “He’s such a sweet, cute guy!” followed shortly thereafter by, “I’m not sure who researches dates ‘for hours’ and doesn’t check to see if the place is free?” but she was gracious about it. They regrouped and decided on a plan B, live music.

When they got to the venue, it was packed… packed with people over 60. Matt suggested dinner nearby at one of his favorite Mexican spots followed by a movie. They moved on hoping "the third time's a charm." It was.

“The food was delicious, and we really got to talk,” shares Matt.

“I didn’t want to admit that I was on a diet, so I picked the chicken out of my tacos!” says Kimberly. “But his company was really nice. I was having fun and hoping our night was off to a better start.”

“We got in and there was a preview for Zootopia…. a really, really long preview. I was like Matt, this is the wrong movie!” explains Kimberly.

“Yep, it was about 20 minutes before I admitted we were in the wrong theatre. She asked me more than once but I was certain… ok… stubborn. I don’t know why that place doesn’t have numbers on their theatres!!!” admits Matt.

They made it to The Jungle Book and settled into the comfy seats. Twenty minutes in Matt was asleep.

“I felt terrible about that. But man was it warm in there and I’d worked three, twelve-hour days in a row,” explains Matt.

After the movie, Matt and Kimberly said their goodbyes and walked to their cars. Kimberly recalls being confused because they walked to Matt’s truck first and Matt hopped in, making for an akward goodbye. She figured perhaps it was just because his ride was closer to the theatre and/or he was tired. But also thought it was less than gentlemanly and wondered where he stood.

“We talked about it later,” Matt shares, “honestly, I was worried she’d be uncomfortable with a pseudo-stranger walking her to her car… that was dumb.”

“You know, we laugh about it now because he’s always such a gentleman. But, I honestly had no idea whether I’d see him again. Here was this nice guy who I wanted to see more of, but we didn’t even have the ‘I’d like to go out again’ conversation,” recalls Kimberly.

On the long drive home, Matt came to his senses. “I can do better than that!” he thought. He knew he wanted to see Kimberly again, but doubted she’d be generous enough to give him a second chance. So, he put his thoughts in a short note and sent her flowers.

Could this be the sign Kimberly had been praying for?

Missed Part I - Life Before Matt & Kimberly? Click here to start from the beginning